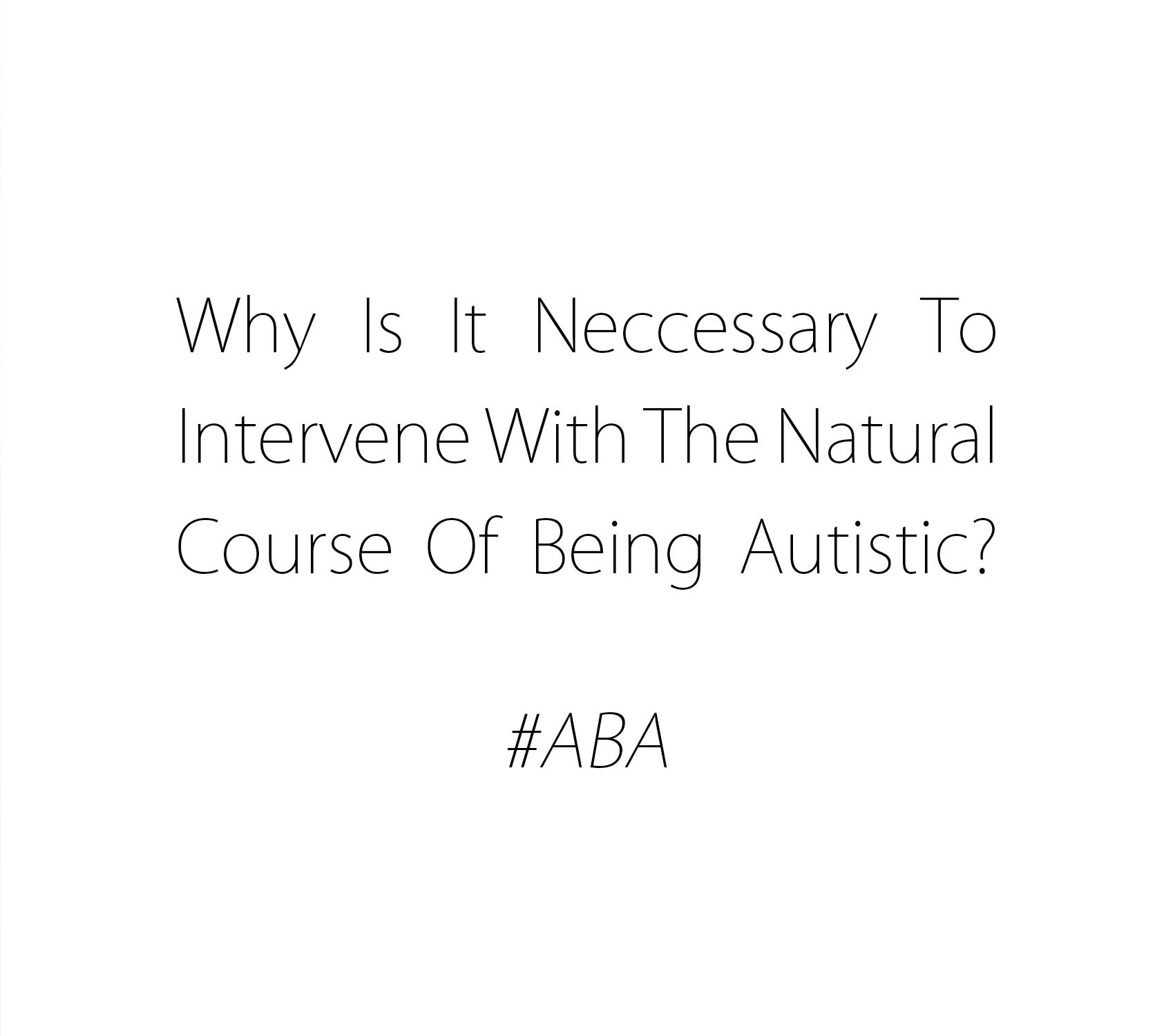 Yes, ALL ABA. I’m writing this post because of the recent comments on my Facebook page’s posts about ABA. So many parents of autistic children, aren’t willing to have a conversation with #ActuallyAutistic folk about ABA. In fact they are incredibly quick to be defensive in declaring, “but our therapy is different!”

But is it? Is it really?

We state that ABA is equivalent to Dog Training for children, and the parents will say but their child isn’t told to sit, stay or beg for food.

We tell them about the physical abuse, and the parents say, but there are no physical punishments. But since when is abuse only actual physical harm? What about the threat of physical harm or discomfort? What about what seems ok to a non-autistic person, such as a hug, can be a sensory nightmare for an autistic child? Is that ok?

We tell them about the ME book, Ivar Lovaas’s manual for parents on how to train a child through behavior modification, but they reply it’s no longer relevant because it was written in the 1980’s.

We keep speaking up about how horrifying ABA really is and they keep saying, “But my child is more severe than others….” also ignoring how harmful functioning labels are to their child.

We tell them these soul destroying “therapies” are all about changing an integral part of who they are, and they reply again is, “but…”

I could go on with more examples… but it’s just more of the same. But so is, and forever will be my reply: Fuck ABA. Fuck ALL ABA.

So here’s a post by Amy Sequenzia, from 1 year ago today that is relevant to this conversation:

“I didn’t think it would need clarification but I will clarify.
“Early Intervention”
Problem: language

To intervene is to stop something from continuing its course.

Why is it necessary to intervene with the natural course of being Autistic?

“Early” implies that there is a need to “catch” things early, before it progresses.

Autism is not a disease. It is not progressive. It just IS.

It is disrespectful because it ignores our own timing. Autism is a developmental disability and respecting that is important, instead of applying a neurotypical timeline of neurotypical milestones to neurodivergent children.

And while some aspects of occupational therapy and life skills can be beneficial, if there is no respect for each child’s timing, and if it is done in a manner that is compliance based/reward based, and if this is called “Early Intervention”, then it is just another name for ABA”

2 thoughts on “Why Is It Necessary To Intervene With The Natural Course Of Being Autistic?”